Skip to content
For Students, Faculty, and Staff: MyU One Stop 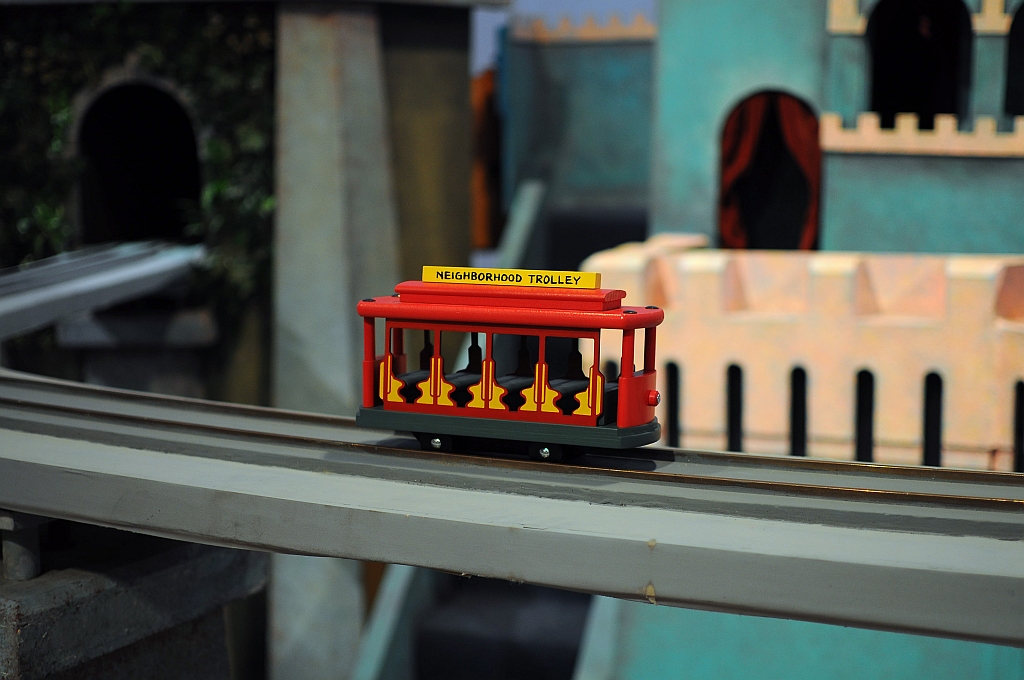 The voice of the beloved television personality Fred Rogers still echoes across the American media landscape some 17 years after his death. If you hurry to the movie theater, you can still catch A Beautiful Day in the Neighborhood, a 2019 drama starring Tom Hanks as Mr. Rogers. A highly successful biographical documentary, Won’t You Be My Neighbor?, was released in 2018, as was Mister Rogers: It’s You I Like, a PBS special that commemorated the 50th anniversary of Mister Rogers’ Neighborhood. A video clip of Mr. Rogers testifying before Congress about the importance of funding for public television circulates regularly on social media. And as many parents know, Daniel Tiger’s Neighborhood, an animated spinoff of Mr. Rogers’ original show that debuted in 2012, has become a staple among the toddler and preschooler set.

Mary Harrison, Ph.D., LICSW, IMH-E®, Research Associate at CEED, shared her thoughts about why filmmakers and TV producers continue to revisit both the life and philosophy of the real Mr. Rogers and the imaginary world of characters that he created.

Q: Why do you think Mr. Rogers has such staying power? Why is he still a presence in Americans’ everyday lives, almost 20 years after his TV show stopped airing?

MH: I wonder if we are at a time in our history when we are craving a return to what Mr. Rogers had to offer. The show stands in such contrast to much of the programming available to children and families. The pace is so much slower. It is not a cartoon. It leads with its heart and not its head by focusing on unconditional positive regard and a reminder of each human’s inherent worthiness. It reminds us to be curious and to consider our world from a child’s perspective. There is an authenticity and earnestness that we are, perhaps, missing in other parts of our lives. As a parent, it can feel like the world is changing so quickly and we are not always sure how to keep our children safe. Mr. Rogers is familiar and consistent—something we all crave.

Q: What is unique or unusual about what Mr. Rogers has to say about children?

MH: When Mister Rogers’ Neighborhood began, it was unusual to have a television show give such careful consideration to young children’s emotional experiences. The premise, the set, the puppets and characters, the dialogue, and the subject matter were all created and produced with a child’s perspective in mind. The routines of his show created a sense of belonging where children were invited to wonder and learn in carefully paced ways. It was as if each child was having his or her own experience with Mr. Rogers—going with him between his house and community and the land of make-believe where they could join beloved characters as they tried to make sense of the world.

Mr. Rogers also did not shy away from more serious subjects. Instead, he spoke directly to children. He modeled kind, calm, consistent ways to talk about big, hard things that balanced a straightforward approach with attention to children’s emotional safety. In each episode, he looked straight into the camera and told them: “I like you just the way you are.” Even as an adult, Mr. Rogers was able to hold in his mind how it might feel to be a child in different situations. It reminds me of Selma Fraiberg’s ability to write from a child’s perspective in her seminal 1959 book, The Magic Years: Understanding and Handling the Problems of Early Childhood.

As a parent, it is so helpful to be reminded that children need to hear—and, most importantly, need to feel—like they are inherently worthy of love just as they are. Of course, parents want their children to know that we love them just the way they are, but I wonder if we all succumb, at times, to pressures to do things “right” and to be “good” in order to be worthy of love. I wonder whether we unintentionally give children the message that they need to do something to be special and worthy.

We live in a time when accomplishments and talents are highly valued. Parents often feel that they are evaluated based on their child’s accomplishments and behavior. Children are praised for working hard, listening, paying attention, and following the rules. While these skills are important, so are empathy and creativity and compassion. For many children—and for many families—less and less time is spent in settings where they are able to just be together in their own ways and at their own pace. Parents are juggling many demands and it can be hard to slow down and see things from a child’s perspective. But young children need adults to create opportunities, as well as provide relational safety, for them to just be themselves as they are—where “being” looks more like curiosity and exploration and play than “doing.” Mr. Rogers provided an excellent example of what that can look like.

Q: Do you have a favorite character from Mister Rogers’ Neighborhood or Daniel Tiger’s Neighborhood?

Daniel Tiger is my favorite character—more from the original show than the cartoon, although my own children also love the cartoon. As a child, I got to see Daniel Tiger wrestle with big questions and big feelings within a safe, consistent relationship. That experience is a gift.

Q: Are there stories or songs from Mister Rogers’ Neighborhood or Daniel Tiger’s Neighborhood that have had a positive impact in your life or your children’s?

There are so many wonderful parts of these shows! We loved the songs “You can take a turn, and then I’ll get it back,” “When you feel so mad that you want to roar,” “When you have to go potty, stop and go right away,” and “Grownups come back.” Music is so helpful in parenting because it can create a shared experience and routine around new learning.

It was especially helpful for my children to see Daniel Tiger struggling with frustration, anger, worry, and jealousy, because I think it helped them realize that they were not alone in their internal experiences and that there were things they could do to feel better. As a parent, you want to teach your children and empathize with them, but there is only so much you can do with your words and in your role. When characters like Daniel Tiger or other beloved characters in books wrestle with hard things, they connect with children on a different level.